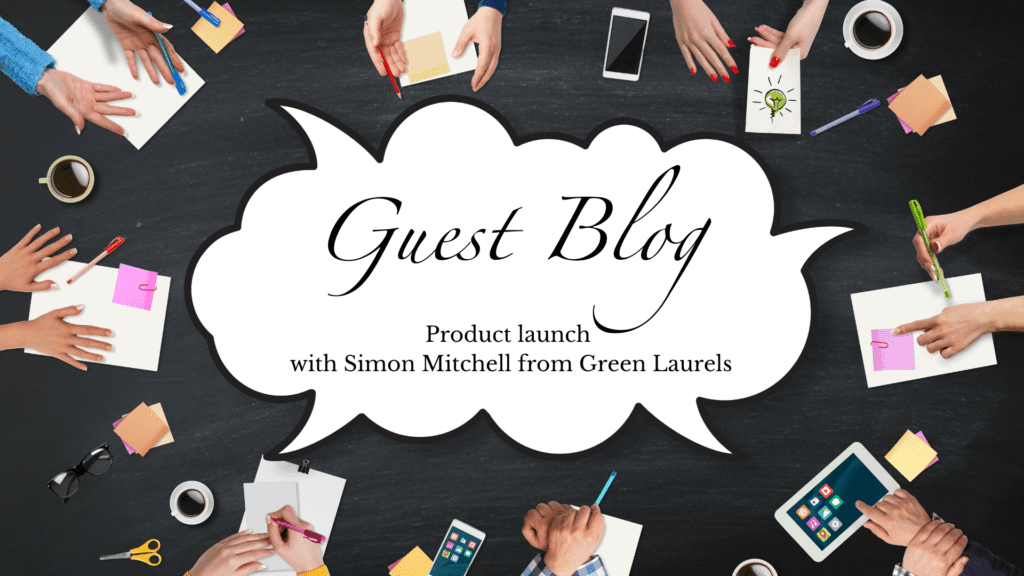 In this blog, I discuss the launching and marketing of a new product (a subscription box) with, entrepreneur Simon Mitchell.

With a new subscription box to launch, Simon tried not only his standard approach of stalls, networking and social media, but has also reached out to his mailing list, which he has grown substantially, over the past year, and approached influencers.

Read on to find out more…

Q: What does your usual marketing activity look like for a new product?

A: Often when I’ve created a new product, I’ve announced it in a networking group I attend and put a quick post on social media, without much thought beforehand.

Sometimes, that gets a little interest, but it’s not the most I could do.

So, when I decided upon another bigger product – a subscription box – I knew I’d have to pull out all the stops if I was to have any chance of finding potential buyers.

Q: Tell us about a bit about your new product

The new subscription box is called the ‘Dreamzzz Box’. Every month, you can enjoy a different selection of artisan delights, conveniently delivered straight to your door, lovingly handmade for you to indulge in the best natural and eco-friendly products

The box contains a number of my products at a saving to my subscribers. The products include soaps, shampoo bars, candles, bath salts and more.

Q: How did you plan your product launch and marketing campaign?

I thought about how I could get my box seen by as many people as possible. So, I wrote down a plan of action.

I worked out who I could get my box in front of.

Initially, I made a note to show the networking group and add some posts on social media, but I knew I needed to do more…

Q: What different marketing tactics are you trying for your subscription boxes? Anything new? Or different?

This time, I also looked on social media, specifically Instagram, and found ten influencers who generally had 4000 or more followers. I contacted them, out of the blue, and asked if they would help. I sent them each a box.

Using this tactic, I was able to get my box in front of their audiences, which adds up to 100,000 people.

Of the ten, three have already posted about the box and shown their followers.

This approach is a great way of getting in front of a lot of people in a short space of time, but I have to bear in mind, it will be the first time for most that they have ever heard of my company, so it may be a little harder to convert the increased visibility in to sales.

I also sent an email to the 1200 people who have signed up to my newsletter, over the past year.

I have set up a specific landing page too. Anyone interested, whether it’s via an influencer, my social media or the email newsletter, can click a link which takes them to the landing page:  https://greenlaurels.co.uk/subscriptionbox/

This page highlights the box and its benefits, with a ‘sign up for the waitlist’ call to action, before launch, and a ‘Subscribe now’, once the subscription service is started on April 12th 2022.

Q: How would you evaluate the success of your new product launch campaign?

It’s still early days and, in the middle of March, only a few weeks after first announcing the subscription box, I had 4 people sign up to show interest so far…so it’s not exactly ground breaking.

However, if I hadn’t have done the planning beforehand and made it possible to get in front of so many people I believe I wouldn’t even have those four….and I am sure as we get closer to the launch and I continue to market the box, this will increase.

I’m still waiting for some of the influencers to do their posts too…so I’m watching out for that with interest.

Thank you so much to Simon for sharing his experience and giving us this insight into his product launch, especially into approaching influencers.